A situation, discussion or thought that is stuck will indicate that you are in the presence of cognitive dissonance. Do you ignore, rationalise and justify your own position without considering new information, evidence and outside influence? Cognitive dissonance can be a change motivator when we understand its effects and see how personal development is stunted, conflicts arise in relationships and professional life gets complicated.

The world around us becomes a narrow framework, where walls are welcome and boxes feel secure. How can you grow, and redefine your ways of handling small and big issues?

Get the tried and tested method to solve issues, conflicts and move onwards. Use it for your every day situations – and feel free to share and comment.

In the first part of this series, The GOODista explored what cognitive dissonance is, and how it can be a trigger for change. Now we give you a method move on.

Mental conflict occurs when beliefs or assumptions are contradicted by new information. Consider a new approach if you are stuck in your own self; in conflict with others or in locked political situations. Cognitive Dissonance: What Is It?

Cognitive dissonance is often described as brain fog, or what stops people from moving forwards. Communication breaks down when one party does not listen or get heard. Relationships at home and at work can get hugely impacted.

In bigger world events, you can see examples of cognitive dissonance too. The Brexit vote campaign in the UK, and the ongoing US election campaign are some that come to mind.

The term cognitive dissonance fits the scenario as each side get caught up in a perceived conflict – and convinced that they are right (and the other side wrong).

Propaganda will tap into emotions, and with the help of media creates further lines of demarkation in a debate. Judgement gets clouded, and evidence and facts put aside in the interest of fear, loathing and disrespect for others. As we integrate more knowledge and insight to our comprehension of how life works, we find ourselves at a cross roads.

Just as we tend to assume that the world is as we see it, we naively suppose that people are as we imagine them to be. Carl Jung

To learn to communicate across borders when we come from different parts of the world, cultural backgrounds and age groups takes a while.

The question is if we build walls, stop ideas and create bumps in the road – does it bring us closer?

Change? Us and Them

As we grow older our thoughts can get stuck. New ideas and information feel like threats. A flexible mind is often one that embraces new developments, technology and cultures.

Are you creating roadblocks for change? Have you in mid-life become your own parents? (Ah! Scary thought!)

Real change can occur when we actively listen, and decide to open ourselves to hearing about options.

Many are so intent on getting their point across that they never stop to relate to the person or situation in front of them.

Don’t waste your time on explanations, people only hear what they want to hear – Pablo Coelho

Change can be triggered from a deeper understanding of cognitive dissonance ( Tip: Read Part 1 ). To build a new way of reasoning, and taking action, requires a courageous choice. Why should you choose this?

Yes, of course it hurts when buds are breaking,
hurts for that which grows
and that which bars. Karin Boye

You open the path to a new way of relating to issues, conflicts and tricky questions. By taking an active decision to move on you become more receptive to others.

Are you ready to embrace a new approach, even if growing can hurt and abandon of long cherished core beliefs can be painful?

Personal development isn’t easy, but a change method that has been tried and tested can be a great starting point.

A successful method for making an issue, situation or conflict become less emotional has its roots in the 1960s. The main idea is: The less we feel attached – the more we can evaluate clearly.

The method to change beliefs was used successfully during by the Vietnamese Government on American Soldiers, and has been used since in various mindfulness exercises.

The expanded awareness comes from stepping outside of yourself, and your investment in being right. You facilitate a change in your behaviour, and emotions, by identifying what your beliefs are.

Of all the steps  – the shift in your point of view is the most critical, and most often overlooked. Try it for yourself, and let us know how it worked out!

The Method: Changing A Core Belief

A core belief can relate to a political issue, or something where you take a stand at work or in life. You feel convinced and believe your truth. ( ex: you need/don’t need to exercise ).

The first step in changing core beliefs is to actually identify what they are.

What you will find when you look at an issue is that the mental arguments for – or against usually come in groupings.

Step One: Write down each of your arguments for the issue/situation/conflict/debate.

→ By writing down what you believe in, makes you become less invested in each argument. You are already on your way to change by listing each belief and argument. You add awareness, and shift perspective.

→ Listing the opposing arguments (or your perceived opponents points of views) brings the outside in.

Step Three: Read each argument for and against out loud. If your opponent is there – do it together.

→ The discussion will take a different tone, and lines can start to break down. Real communication, unlearning and relearning take place.

Read on below for the next steps in this process.

If you start judging the beliefs you find, or yourself for having them, they become stuck.

Step Four: Look at each argument ( for and against) and take out all emotional words, adjectives and stronger fonts/exclamation marks or explicates. Re-word your arguments to factual statements.

→ This is a key step because if you’re judgemental, or emotional, you create – and believe –  a judgment story about your beliefs.

When this happens you have built a layer on top of the existing core belief.  The new point of view you adopt must be free of judgment about the core beliefs you identify. Do you have to turn yourself inside out? No! Change can happen in stages.

The method allows you to look at each link in a chain, and analyse each step. This can even make change faster. You don’t have to change every belief you have. Take it step by step.

Step Five: Now take a look at your reworded arguments one by one.

→ One will give the other as each argument for/against are links in a chain. Does one statement sound less convincing? If you just break one link then they all lose power.

Cognitive Dissonance: How Important Are You? You may be stuck in a carousel of cognitive dissonance, if you believe any of those things, or have similar thoughts.

Step Six: Are you important to the perceived opposing party?

→ When you see that your perception and reality are not the same, a shift will occur. If you are less important, so is the other person, right?

When you shift the belief that you are central to this person, your beliefs will start to fall apart as well.

Tip: This can be powerful if you are dealing with mobbing or perceived harassment, as it allows you to take back control.

You do this to change the mental focus, and power play. In other words:  What they think doesn’t matter as much and therefore they can’t hurt you emotionally.  Changing your awareness of one belief affects the whole system of reactions.

To not believe something doesn’t take much effort. However, to develop the awareness to identify them takes understanding and commitment to change.

Step 7: You have to change your point of view, and acknowledge it.

→ A very important step in the process is often missed: You have to change your point of view in order to change a core belief. Where you shift your point of view in your mind is critically important.

Certain points of view will make it easy to dissolve a core belief, and others will stop the process.

One has to bear in mind and remind oneself again and again: This is not a method to change your opponents belief, but to critically look at yourself and how you can unlearn and relearn.

What often happens when you use this method is that the other party will do the same, and therefore while you explore how you can change – so will the other person.

Therefore –  beliefs and perceptions on both sides start to crumble and something new emerges: A new level of mindfulness.

Cognitive Dissonance: It Hurts To Grow It hurts to grow. To unlearn and relearn is a process. Real change doesn’t happen over night, nor should it. Step by step you can dissect what you know to be true and identify how each truth fit in with the next.

Questioning each truth requires courage, and inner strength. You can take help of a professional to come to terms with what you discover, or go about it in a more DIY manner.

Start with your every day life and work situations. A new approach to deal with your relationships, perhaps?

We are all very much in love with our belief system. To embrace new things, and learn is a way to go forward in life. It is to personally develop. It’s never to late to grow… 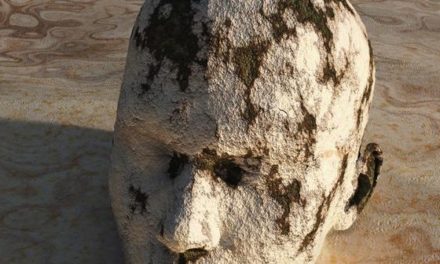 Lifestyle Change – Are You SAD or MAD?